A comfortable win of 2:0 against newly promoted Znojmo

1.SC Znojmo came to Ďolíček to play 7th round. Josef Weber could not count on Petr Nerad and Moustapha Ndiaye; both of them with a knee injury. Matěj Štochl was sent to play the position of a striker.

The Kangaroos were more active from the start of the match but they couldn’t create any dangerous chances. It was 15th minute when a first chance came. After a combination of Štochl and Hora, Kalina was found off side. Ten minutes later, it was David Bartek whose shot went well over the goal after Hora’s cross.

Jan Moravec showed more confidence in executing chances. He got the ball after Kalina’s great run, passed around two players and sent Bohemians into the lead in 27th minute.

Another chance to change the score came after half an hour of the game by David Bartek. Bartek tried to send the ball to the further post but his finish was not on target.

The second half started in a similar way as the first.
Bohemians, especially Matěj Štochl, were more active. However, none of his tries ended in a net. And nor did chances of Jakub Hora, who had 3 tries with a header. All of them went wide.

Radek Šírl crossed the ball to Jakub Rada who did not finish it and when it looked like that the game is getting more equal Martin Berkovec took a long goal kick which went behind the defense of Znojmo, found David Bartek who finished it. Bohemians took the possession back. Znojmo did not concede more goals just because of a great play by their keeper Hruby.

The first chnaces by Znojmo came 20 minutes before time. It was Tomeček who tried a shot, but without success and then in 80th minute, he went one-on-one with the keeper but Berkovec showed a great save.

The second save by Berkovec came after Nepožitek’s 16 metres long shot 8 miutes before time. Znojmo did not create any other chance to lower the score difference and lost 2:0 at Ďolíček. 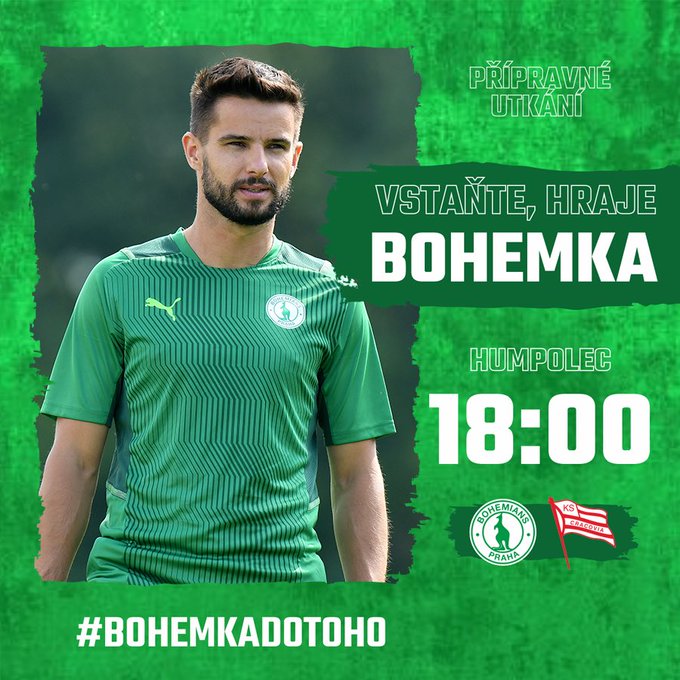