After a quiet start to the season it was important for the Kangaroos to get back to winning ways. Head coach Roman Pivarník was in good spirits ahead of the much awaited away clash against the table toppers Sparta Prague. A crowd of some 10,000 packed into the Generali Arena for the derby match.
Bohemians made a fine start to the match and had the best of the opening exchanges, seemingly being spurred on by playing for the memory of the Kangaroos’ board member Vladislav Suchý who tragically died suddenly on Friday. A minute’s silence was respectfully observed before the start of the match in his memory.
The contest proved to be a fiery affair and Bohemians had shown real signs of early penetration with the pace of Jhon Mosquera posing a real threat to the Sparta defense down the flank. However, the whole match seemingly turned on its head when David Bartek received a second yellow card and was sent off. After that Bohemians were always going to be on the back foot and they defended stoically, even managing to create one golden chance themselves which was spurned by Michal Hubínek. It seemed as if the men from the Ďolíček had managed to hold on until half time when in the 46th minute David Lafata latched onto a cross at the back post to head Sparta into a 1-0 lead.
After the break Sparta continued to dominate possession and despite the brave and committed defending shown by the Kangaroos the constant pressure exerted by Sparta eventually told as they increased their lead with Kehinde Fatai and Franci Litsingi adding to Sparta’s tally meaning that they eventually ran out 3-0 winners, despite having three further goals disallowed for being clearly offside. Overall it was a very spirited performance by the men in green and white coming up against a quality team and in the end the red card given to David Bartek proved to be crucial and after that it was always going to be an uphill battle.
The Kangaroos now need to pick themselves up for their next home game against Jihlava where 3 points are a must in order to get the season back on track. 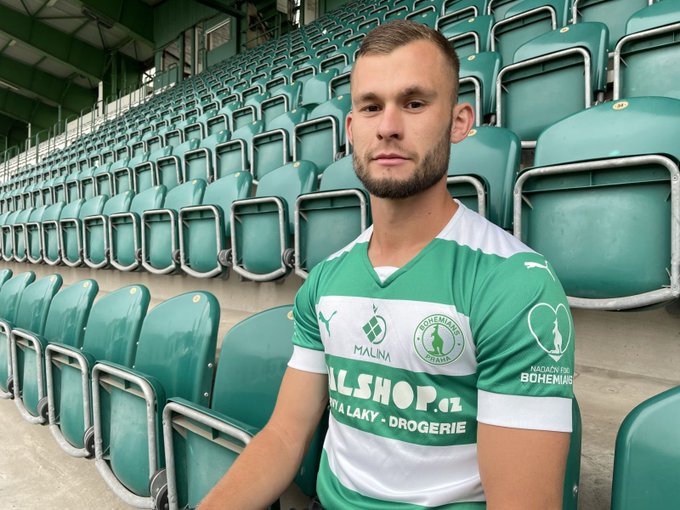